The question is: What is the relationship between the Community Bot for OneDrive and this pictured still?

To explain, we need to go back to the birth in 2019. My MVP colleagues Thomy Gölles and Stefan Bisser gave a talk on bots during the SharePoint Conference 2019 in Vienna at Studio 44. In shorts, because it was hot outside. Not in Studio 44.

There, the air conditioning ensured pleasant temperatures. After the presentation, I gave my colleagues my feedback on the session. That’s the way it is with some MVPs. Ruthlessly. Because you can only improve on honest feedback.

A look into the future

But I gave them both my idea of a personal bot. That was the future then, and it still is today. Because I dream of having a personal bot installed on all my devices, from desktop to tablet to smartphone to the locomotion device of the future. In the beginning, this bot will only learn. How I work. What programs I use. What devices I work on and when. How I make decisions. Why I decide the way I do. The data is not stored locally. It’s stored in Microsoft Azure, where artificial intelligence (AI) becomes the appropriate shortcuts. I can already hear the data privacy activists coming down on this. But it’s my data, after all, and only with artificial intelligence on high-performance computers does the bot learn. Every hour, every day. I don’t think it’s going to be done in 14 days. This learning cycle takes longer. Differences in culture, ethics, decisions controlled by emotions, the bot has to learn all that. But at some point it will get there. Then the message comes that the bot is ready for the next stage. And I can use the bot. How about an example? For meetings. I have two invitations, both extremely important, both at the same time, not postponable. And then I give the bot the task to attend meeting 1, I myself will attend meeting 2. At this stage, the bot doesn’t have any decision-making power yet. It listens, analyzes and will give me a short summary of the meeting. The next stage will then be that the bot will make decisions on my behalf on its own. First the simple things. Then more and more complex ones. And, if I’m still alive in that future, it will replace me. So off to the beach, a glass of dry gin with tonic water in hand … sorry folks, back to the present day.

From Vienna to Munich to Microsoft

We continued in 2019 in Vienna then our conversation at Motel One. At the bar. And with some alcohol, more precisely gin. Löwen Dry Gin was served. In addition Fever Tree Mediterranean Tonic Water. If someone thinks I’m a gin connoisseur, he’s mistaken. I am not a gin expert. Which can still become. Because the lead of other MVPs is downright gigantic, (as far as gin is concerned). But this blend has done it to me. Wherever possible, I’ve tried it. And at every meeting, so after the two colleagues then surprised me in Munich in November 2019 at Microsoft with the idea of the Community Bot for OneDrive, the event was celebrated in the hotel bar with gin and tonic. 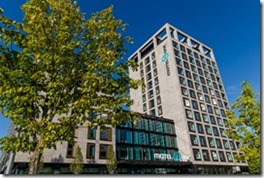 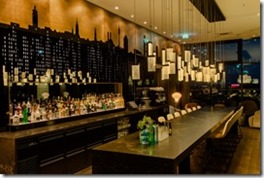 At that time the bot was called Mr.OneDrive’s Bot. The guys wanted to digitize me. In other words, to make my knowledge of Microsoft’s collaboration base, namely OneDrive and OneDive for Business available around the clock worldwide. Sounds easier than it’s written. Everyone involved had a lot to learn. Because the theory then reads all very simple. Today, I can’t remember whether I said yes before or after the bar visit. Yes to this EMEA community project. In any case, the Löwen Dry Gin from Austria was involved. If he was already complicit, of course I wanted to know where in Austria this gin is born. Where it is provided with the hand-picked botanicals that give Löwen Dry Gin its distinct character: a fresh, bright juniper note with spicy facets and the delicate scent of fully ripe citrus. Botanicals from the region, so let’s see where the distillery is located in Austria. In the Bregenzerwald.

Bot development was started with Excel. I had to mess around with MarkDown. And I still do that today. Excel became the QnAMaker, at the beginning still without editor. And even if everything looks good in the QnA editor, it doesn’t mean that we still have to enter additional commands for pagination in teams. The cooperation between the QnAMaker and Teams programs leaves a lot to be desired. No one feels responsible for errors made by the other team. Images in Teams Desktop / Browser are interpreted incorrectly, but correctly in the mobile version. GIF images work in the desktop/browser variant, but not in the mobile variant. So if you plan to release a bot yourself and value correct formatting, plan enough time for testing. Preferably with a factor of 3. We ourselves also needed additional time, as my audience is usually at home in IT. The bot, however, appeals to any user. 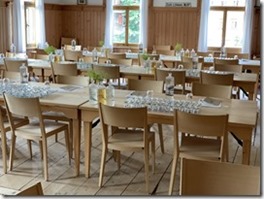 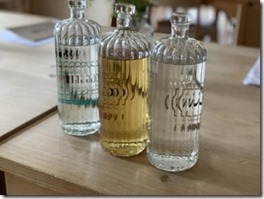 The bot is here – visit to the Löwen distillery

Because after two years, the time had come. The Community Bot for OneDrive is now available in the Teams App Store for every Teams user. And the database is getting bigger and bigger. If Microsoft establishes a new feature to OneDrive, the database is fed with it. And after the pandemic took a break, it was time to go to the Bregenzer Wald. In Au-Rehmen 87 in the Bregenzerwald you can find the old house, which was built between 1896 to 1900 as an inn, but then stood empty for many decades. In 2013, it was revived with the Löwen Distillery. In the spring of 2015, the new guest room was opened and the Löwensaal was also reopened to the public. Everything is lovingly built, the distilling machine, the herbal organ. 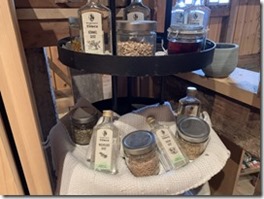 And a small store brings the final products to day. No, I did not discover one of the 8 golden and very expensive hand-blown gin bottles, but it smells of herbs everywhere. If you ever come to the Bregenzerwald, you should definitely make the detour. Address and further information can be found on the Löwen Distillery’s own homepage. The journey there was definitely worth it.