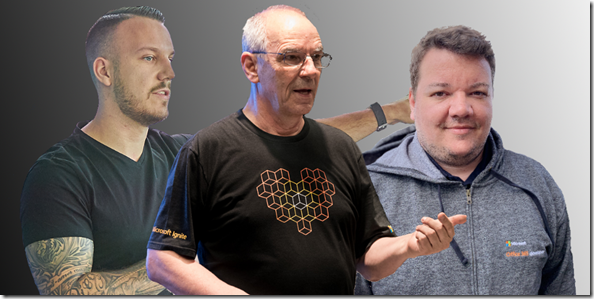 After two years we are proud to present the “Community Bot for OneDrive”. The idea was born in 2019 during a SharePoint Conference from two Austrian MVP’s

The idea was simple: They wanted to digitize me.

I have to sleep – the BOT never sleeps
I only speak two languages – the BOT may speak up to 50 different languages.

Then, in November 2019, my colleagues confronted me with the first mockup during SharePoint Saturday in Munich. And then it was off with digitization. The road was rocky. Because interoperability between different tools is unfortunately not straightforward. At SharePoint Saturday Bremen at the end of February 2020, we said goodbye to automatic multilingualism for the time being. The differences in translation and the specified formatting were too big to overcome. Therefore, the bot will now be delivered with a manual switch between English and German. In March 2020, we then delivered a preview to over 100 users who were able to test the BOT in Microsoft Teams. The community project was mostly developed alongside normal working hours. Every week we had a one-hour coordination meeting. And in November 2020, the time had come. The submission of the bot. To make it available to every user worldwide in the Teams Store. After a little odyssey with different departments at Microsoft, the name also had to be changed. Mr.OneDrive’s BOT became Community Bot for OneDrive with the help of Microsoft OneDrive Vice President Omar Shahine.

And for those reading this, you can install it directly from the Microsoft Teams App Store. If you don’t see the bot, then you need to talk to your administrator first. Because they will have to enable the bot first. We have no influence on that. How to install it?

And then you can ask 24*7 questions. Questions about OneDrive. The Community BOT for OneDrive is like a chat partner. He is always available. And if he ever doesn’t get an answer, write to me. The BOT will be fed with more questions and answers without you having to reinstall the program. And this is only the first version. We are already working on the next one. Test your OneDrive knowledge and ask the bot.

But it is also time to say thank you.

Thanks to my MVP colleagues. But also a thank you to their families. Thanks to the company Solvion in Graz. Thanks also to my wife, who often had to do without me. Thanks to Microsoft for the support among others.