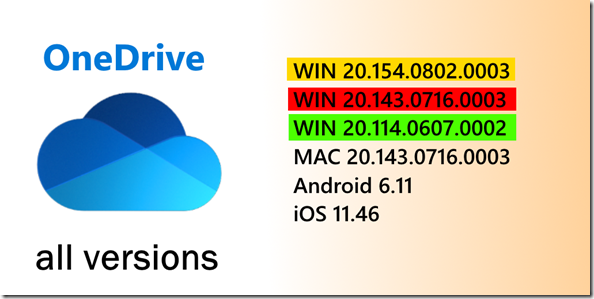 With the Update came during the week. Not on the weekend. On 8/26/2020 I installed version 20.154.0802.0003. An insiders version. And I was curious. Because with the installation also a ghost or duplicate, which had been there for some time, disappeared. Microsoft told me that you did not know where this duplicate came from. But that it would be gone with version 20.154.xxxx.xxxx. What am I talking about?

I have two identical entries, but only one common memory location. But in the meantime I found out what causes such a behaviour. For a Remote OneDrive Workshop I rolled out a group policy on this machine.

This Group Policy automatically adds a selected library on the device.

Co,me back later, (This group policy takes some time to run) opne the Windows Explorer, the selected SharePoint Online Library was entered, the content synchronized, but also the second icon was there.

Microsoft was informed about the behavior. If someone notices the same behavior, then notice this blog post, I will post the update here.