3 times France. Starting with the ReBuild in Nantes, then right after Microsoft Ignite in Orlando Ignite The Tour kicks off in Paris, and then the last Community Event for me with over 800 people at Microsoft HQ in France:

It was a great event, even the agenda has to be changed all the way. Because of the Strike in Paris, no Metro, no TGV, only with Bicycle and of course, cars, means Taxi or Uber. And sometimes you have to wait a little bit longer. I have had booked a 1st class ticket from Stuttgart direct to Paris. Unfortunatelly, it was canceled. So I have rented a car and it takes me in 8 hours to the doors of Paris. To reach my Hotel I need 2 more hours. Stop and Go.

After a 2 welldone Keynotes I have had my session about OneDrive and have had a lot of fun with old and new friends. They made a video with several people.

Preparation of the video team with Vesa Juvonen, Microsoft as the Keynote speaker.

The one and only: Laurie Pottmeyer, Microsoft 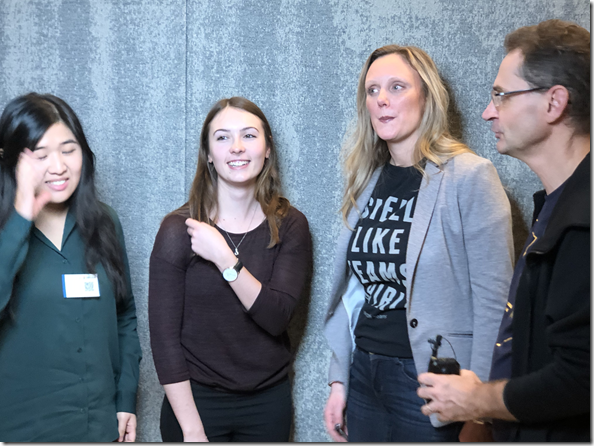 After my Session on wednesday (it was live streamed and recorded) I tried to escape the rush hour traffic. But no chance. 3 Hours out of Paris and then 7 hours back to home. Exhausted but still happy. Again I was able to share my knowledege to the Community.

As mentioned, that was my last Conference. For the Year 2019. For the Decade. This Year I made over 18 Conferences in different countries of the planet. Orlando US, Hongkong and Paris were the highlights. I found so many new friends around the planet, have met old friends and want to say: Next decade may come. Next year will come