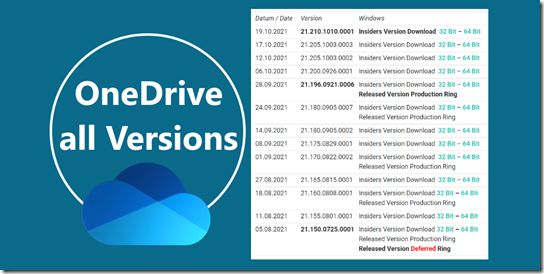 on 17 June 2021 I described it here. Microsoft no longer publishes current Insider versions. And as long as my time allows, I will publish the current versions here: 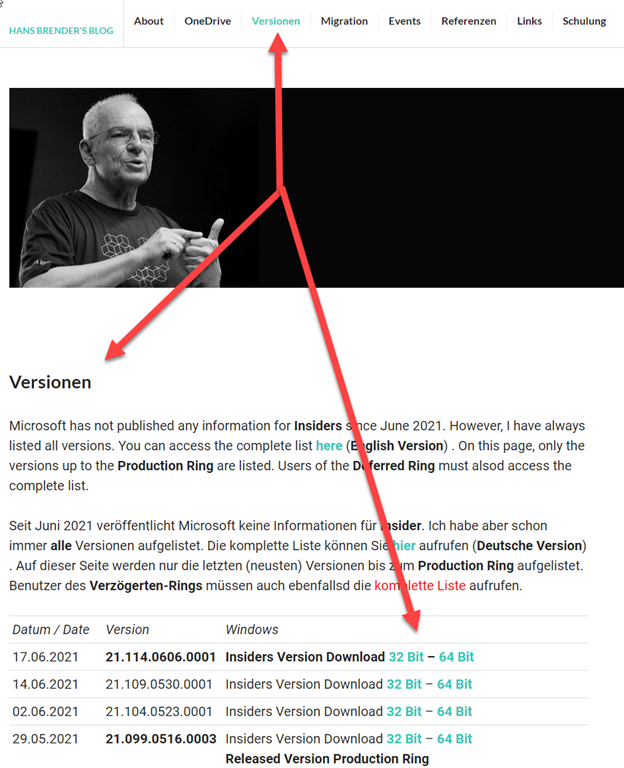 These are the current Windows versions: Insider, Productive Ring and Delayed Ring. But for those who your Teams Administration refuses to install the bot, you can enter the same in the WebChat version. You can find the WebChat version of the Community Bot for OneDrive here.

Windows 11 and delayed refresh in Explorer

With Windows 11 and image libraries, I sent a performace report to the OneDrive product group. Here it still doesn’t look good, I couldn’t test the newest insider version 21.210.1010.0001 yet. The Insider version 210.205.1003.0003 that Microsoft released briefly in between did not remedy the situation. To me it looks like there are too many server roundtrips.

What kind of experiences have you had? Feel free to leave your answers in the comments.